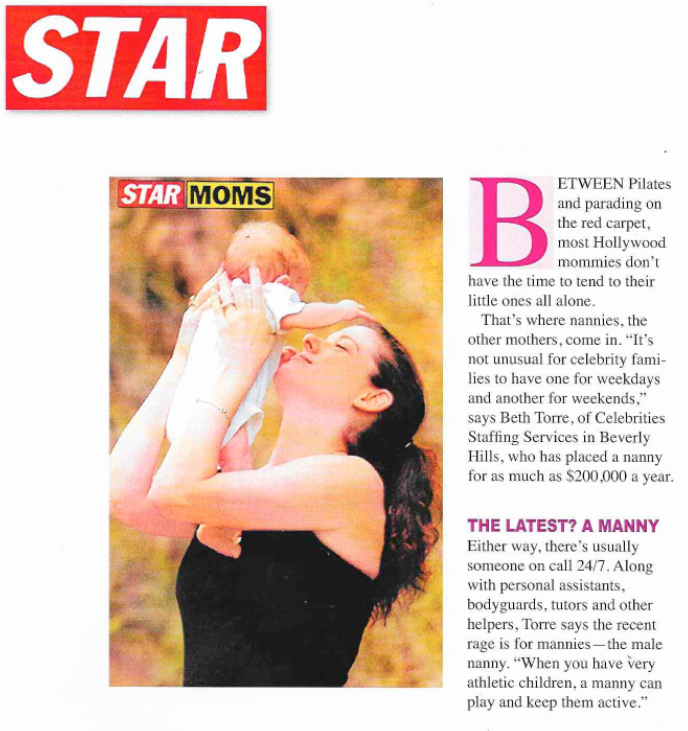 Between pilates and parading on the red carpet, most Hollywood mommies don’t have the time to tend to their little ones all alone.

That’s were nannies, the other mothers, come in. “It’s not unusual for celebrity families to have one for weekdays and another for weekends,” says Beth Torre, of Celebrities Staffing Services in Beverly Hills, who has placed a nanny for as much as $200,000 a year.

THE LATEST? A MANNY

Either way, there’s usually someone on call 24/7. Along with personal assistants, bodyguards, tutors and other helpers, Torre says the recent rage is for mannies- the male nanny. “When you have very athletic children, a manny can play and keep them active.”