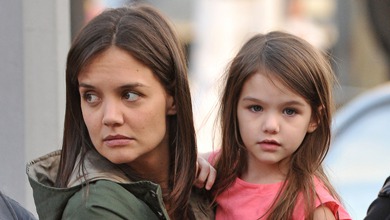 Ah, celebrity babies. Who doesn’t love them? They’re so cute, so stylish and so plentiful.

Virtually every tabloid dedicates a section to celebrity baby sightings. There’s Jennifer Lopez with her twins on the beach, shooting a Malibu beach spread for Gucci . There’s Angelina Jolie with her beautiful rainbow coalition-like brood, bopping around the globe with grace. And that chic Suri Cruise! I bet Anna Wintour calls her for style tips.

The media fetishizes celebrity motherhood to the extent that it’s practically become pornography. Who could blame women for being awestruck at these celebrity moms who, somehow, manage to keep their children clean, well-behaved and fashionable, while they also maintain glamorous careers, travel the world, always look fabulous and well-toned, and, oh yeah, still keep a hot, successful husband (Brad Pitt! Tom Cruise!) happy? Who could blame regular women for beating themselves up for not living up to this ideal? After all, it looks so easy! 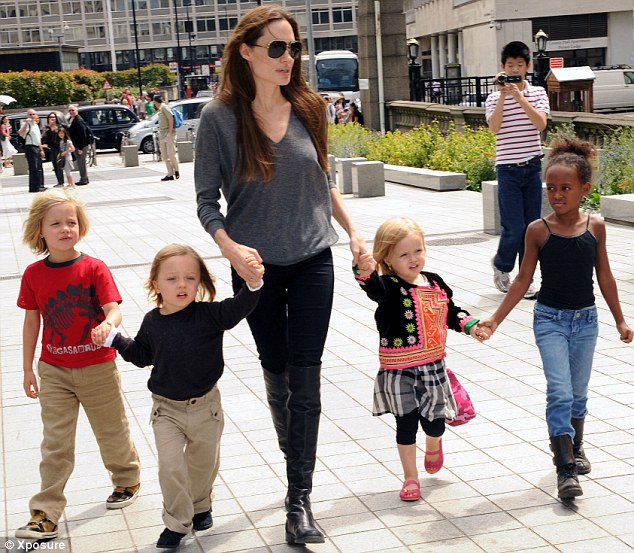 What we don’t see are the armies behind the scenes who make this scenario even remotely possible. We don’t see the nannies–most celebrities not only have one, but one for each child. We don’t see the housekeepers, the stylists, the trainers, the cooks and the plethora of personal assistants. Frankly, I wouldn’t be surprised if some female stars employ concubines to keep their hubbies smiling for the tabloids while they’re off filming for three months.

Yet celebrities such as Lopez and Gwyneth Paltrow, when asked by the press how they find the time to exercise and child rear, say they do it while their children nap. (Right! If their children nap for three hours a day!) And Jolie, who bounces around the globe looking fabulous, with six children in tow, is virtually never photographed with a nanny. This, despite a new Andrew Morton book that claims she has an army of 25 staff members, including numerous live-in nannies, four nurses and a doctor.

Julia Roberts, who has three children, recently told Access Hollywood that she wouldn’t have been able to travel the world filming Eat, Pray, Love without the support of a “village,” which included her husband, Danny, friends, family, and oh, wait a second … a couple of “amazing women” who “help take care” of her three children.

At least she admits it. In Hollywood, the employ of nannies is a more closely guarded secret than homosexuality or net box office receipts. Even the paparazzi, who normally can be counted on to catch celebrities in their most unguarded moments, seem to be in cahoots with them. Pictures of the kids with Lopez or Jolie sell–pictures of the kids with some harried anonymous nanny must not. 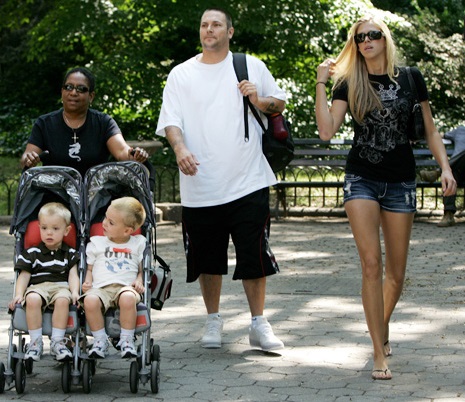 While celebrities often promote their stylists or trainers (or they promote themselves), nannies are classified information, locked into strict confidentiality contracts. Yes, occasionally they do break the code of silence and blab, or even sue, as did the nannies of Heather Mills McCartney and Rob Lowe. But a blabbing nanny is an unemployed nanny. “They won’t work in this town again,” says Beth Torre, spokeswoman for Celebrities Staffing Services, which supplies a steady stream of nannies to the rich and famous. “Or even the next town.”

And let’s not forget that all women–famous or not–take a heaping handful of scorn if they are not seen as “hands on” mothers. A current In Touch headline claims Jolie’s children are “lonely” and call the nanny “mommy.” Still, female celebrities do women a huge disservice by going out of their way to mask these helping hands.

As Jennifer Senior wrote in New York magazine’s recent ode to miserable parents, nothing will make a parent feel more like a wretched failure than unrealistic expectations of parental perfection. And what could more fuel the fantasy of motherhood being glamorous and stress-free than celebrities with multiple children acting like they do it all themselves–and work and look amazing and have a sexy marriage?

“Nobody can do the amount of work they do, and all of the traveling they do, and all of the social activity they do, without nannies,” says Torre. “But celebrities like to look hands-on and that kind of thing.” She says she does see the occasional celebrity who makes do with a part-time nanny on a need-to basis, but notes those celebs usually have family members who help. But when asked how many celebrities have either a full- or part-time nanny, Torre says, “All of them.”

Remember that next time you see Angelina or JLo or Julia smiling and waving as they breeze through LAX with a Burberry-wearing tot, looking well rested and in control. Because 20 feet behind them, just out of the paparazzi’s lens, lurks the secret to their success–a nanny. Or two. Or three.